This was a new initiative by the TCAA Committee to encourage the sharing Qigong and Tai Chi among practitioners and to the wider community. The event was well-attended with over 150 people there on the day and over 20 Tai Chi demonstrations. It was also an excellent opportunity for networking. You can read the full program here.

The events commenced with the "Ba Duan Jin" Qigong led by Sam Ruan and Lina He, followed by a simplified Chen Silk Reeling led by Ric Bolzan. These were then followed by a combination of Tai Chi participation and demonstration activities.

The day was a resounding success as expressed by many participants. This was the first of what is planned to be an annual event for enthusiasts travelling from all over NSW to meet, join and practise together for friendship, health, mental and physical fitness. 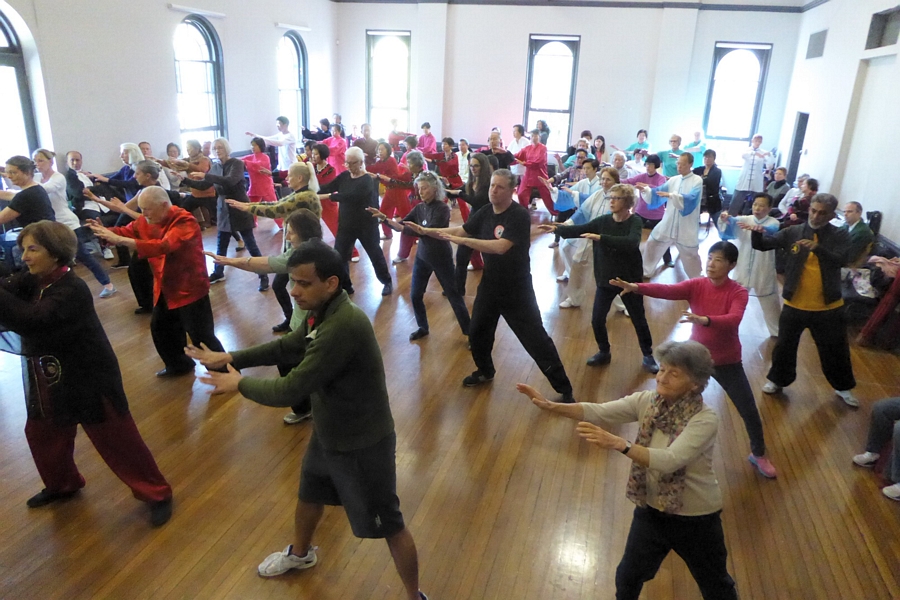 Go to the Photo Gallery for more photos