The timing of the event was to celebrate the Chinese Mid-Autumn festival (or simply known as Moon festival), which is the harvest festival celebrated in most Asian countries when the moon is believed to be the biggest and fullest at night. The Moon festival is the second most celebrated festival in China after the lunar new year with families and friends gathering together over tea and moon cakes over a 3 days public holiday. Chinese people see the roundness of moon cakes a symbol of reunion and happiness.

Following two years of covid-19 pandemic hiatus, the 2022 event was held at the Redfern Town Hall, with the support of the City of Sydney, in the form of a grant for the use of its venue. This annual event provided an opportunity to Tai Chi practitioners all over NSW, from the Central Coast to the Blue Mountains, to get together to share and demonstrate their skills to the general public who was encouraged to join in the activities. About 90 people attended the event which was considered a resounding success by many participants, in the midst of the ongoing covid-19 pandemic.

It was a day of fun and catch-up over traditional moon cakes and Chinese tea for many practitioners. Altogether, 26 individual sets of Qigong and Tai Chi Forms were displayed on the day by 12 groups and individuals, many of outstanding level of skills. For some in the group, it was their first foray into performances and the support of Tai Chi friends and families helped build their level of confidence and motivation.

The program for the day, from 9:00am to about 12:30pm, commenced with one set of Qigong routine namely, the 8 pieces brocades. The routine was relatively simple, uplifting and invigorating exercises which were fully embraced by all those present. Next was the most widely practice Form in the world, the Yang 24 Beijing Form.

TaoLu (or bare hand Forms) was then followed by apparatus (or weapons). The Forms, either individually or in groups, included Ningbo 18 Form, Yang 24, 42 and 48 Forms. The latter two Yang style combination Forms are comprised of various styles of Tai Chi, including, Yang, Chen, Wu and Sun. A short simplified compact version of the Traditional Yang 85 Form was also displayed as well as a variety of Chen style 18 and 56 Forms; Sun 73 style Form; Wudang 13 Form; Tai Yi Wu Xing Form; and a combination of Tai Chi, Bagua and Wushu Form. Apparatuses (or weapons) Forms displayed by either individuals or groups were varied, including the Phoenix Star, Yang and Wudang style swords Forms. There was also three sets of fan Forms performed, including Kungfu fan (2 parts) and Wind fan.

The event provided a perfect example of the NSW Tai Chi community coming and practising together, sharing and promoting the health benefits of the oriental arts to the wider Australian community.

Here are some of the photos from the event: 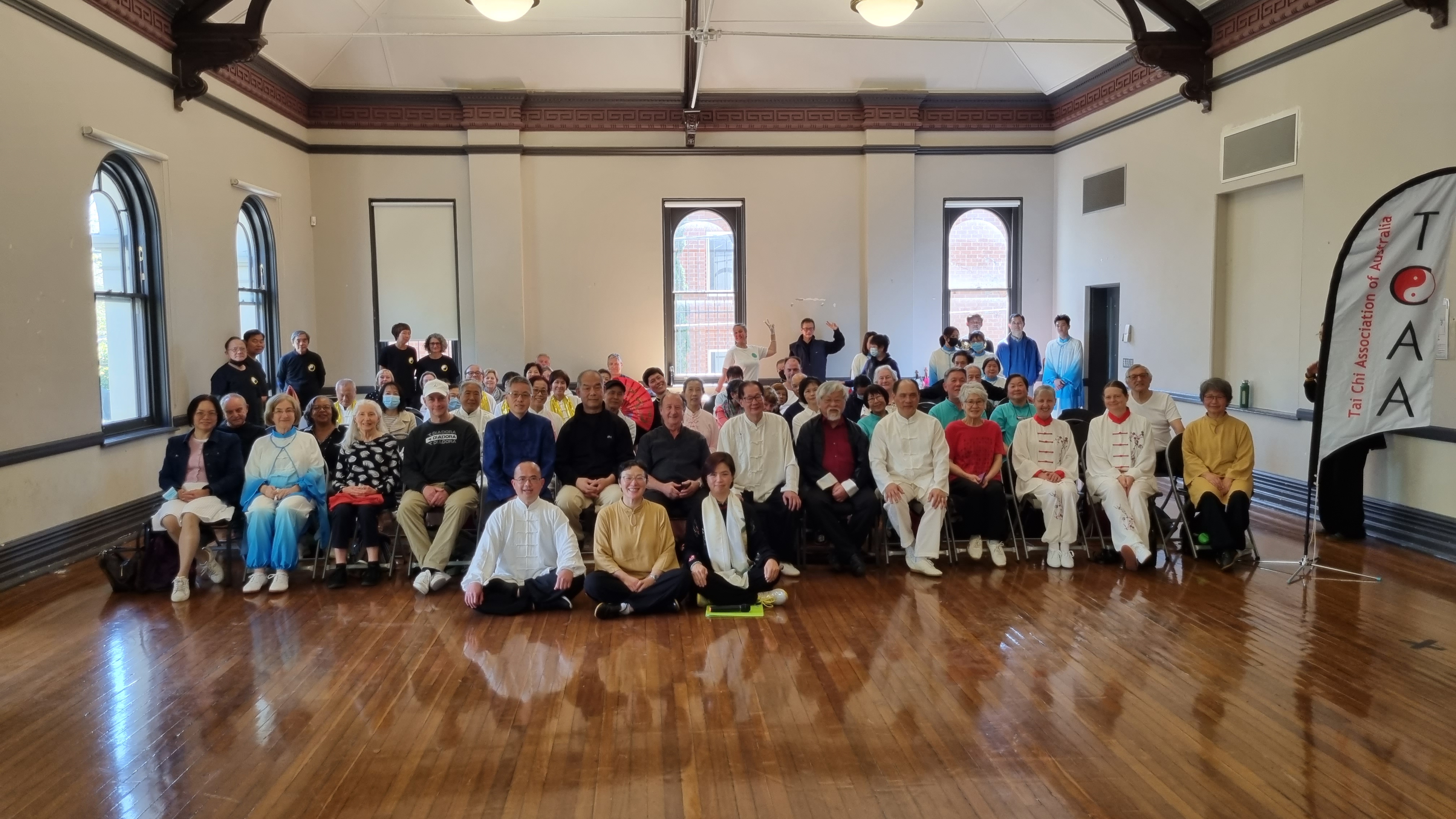 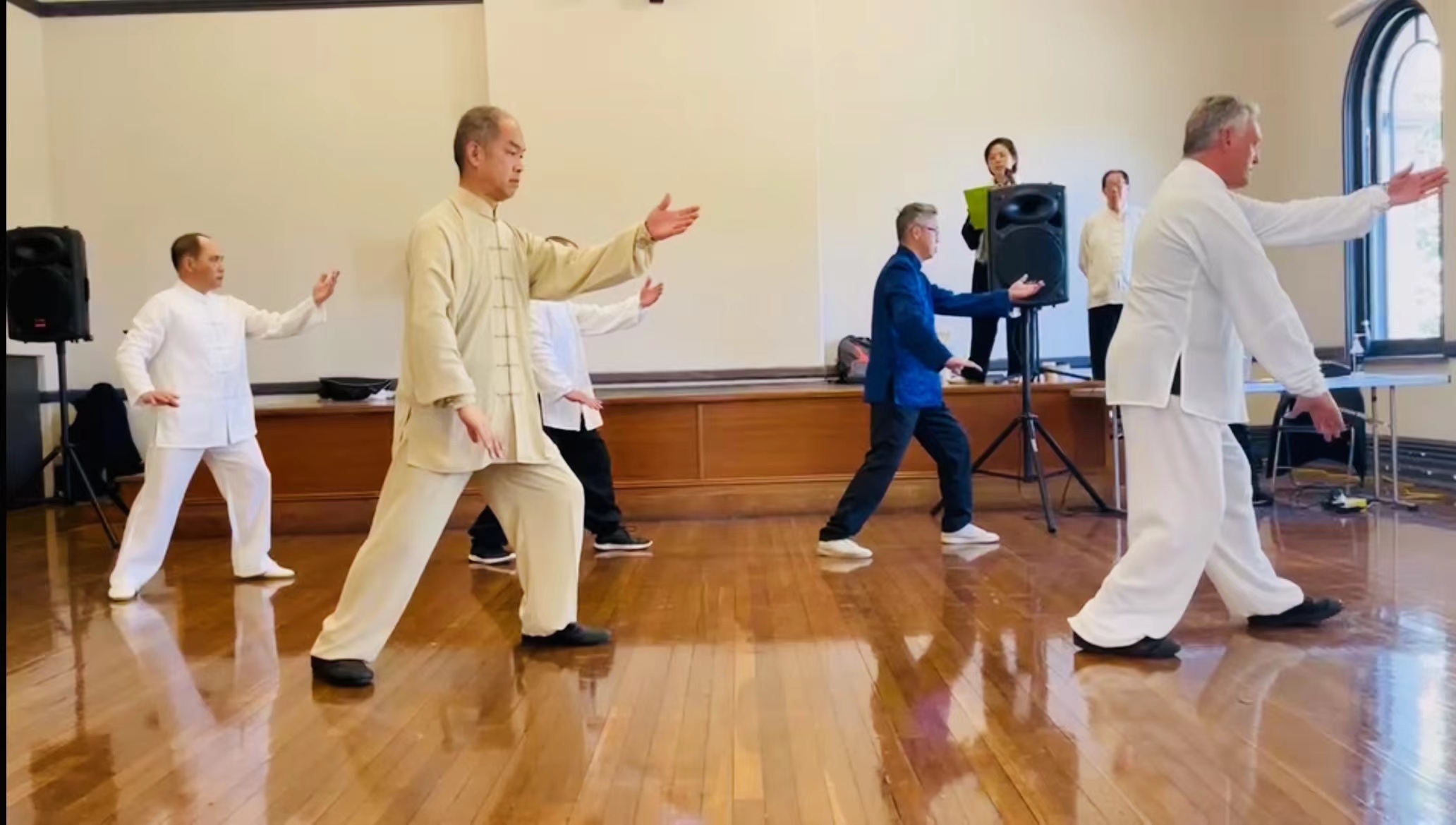 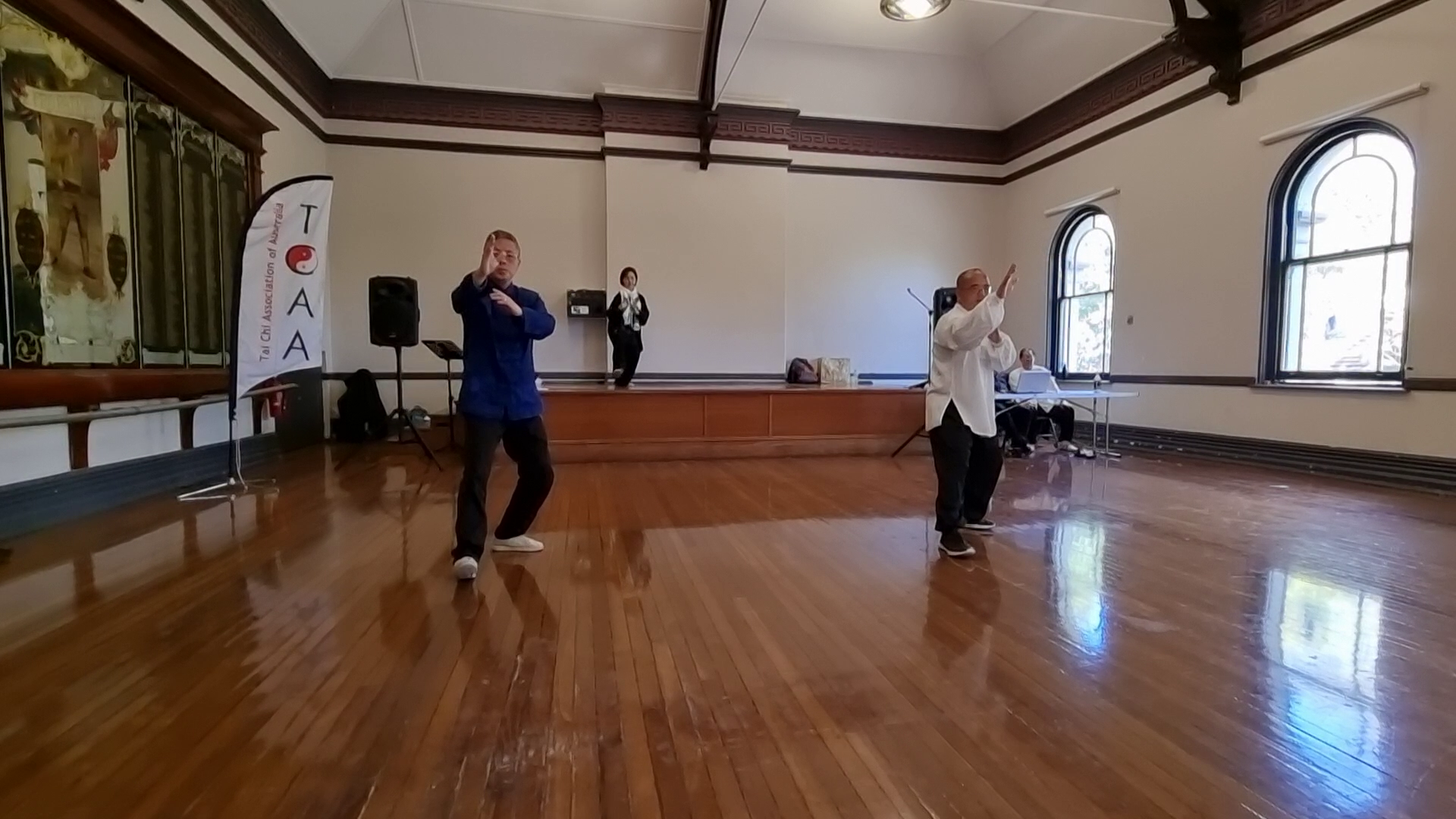