What a wonderful World Taichi & Qigong Day (WTCQD) this year on Saturday 29 April.

In Sydney it was again held in Victoria Park. PDF poster.

We had over 100 people coming together for the special day of Taichi and Qigong. The weather was again perfect with bright sunshine and a cool breeze.

To open the day, we started with Zhaoxia He from China leading us for the Ba Duan Jin warm-up, Ric Bolzan led the Shi Ba Shi 18 movements, then Cyril Loa led us for the Dao Yin Twelve Method.

The participation continued with Zhaoxia He leading the 24, 42 and 48 Taichi forms. It was fantastic to see people from many different groups joining and practising together to share and enjoy the "One World, One Breath!"

This year, in addition to the large representation from Zhao You Bin's Yang Style Group, we had a community group from Marrickville demonstrating the Chiu Chuk Kai style of Taichi and another group from Burwood demonstrating the Wudang Tai Yi You Long Men or Swimming Dragon Taichi.

There were also demonstrations of various sword forms, including Steve Heard's team who had travelled from the Central Coast for the day, and some individual presentations, such as Kangkang's Wu Dang Quan; Jason Shao and Michael's Chen Style Lao Jia first routine. The demonstrations continued until about 1pm, inclucing Cyril's Gongfu Fan and 73 Sun Form.

Of course there were many small groups (e.g. "Tai Chi for Health", "Serenity") and many individuals who joined us as well. It was a great day for us all to learn,to share, to enjoy and to have fun.

We look forward to even greater participation next year on the World Taichi & Qigong Day!

We had beautiful weather for World Tai Chi Day on Tamborine Mt, Qld. The view from Eagle Hts Park was over the Gold Coast to the ocean. 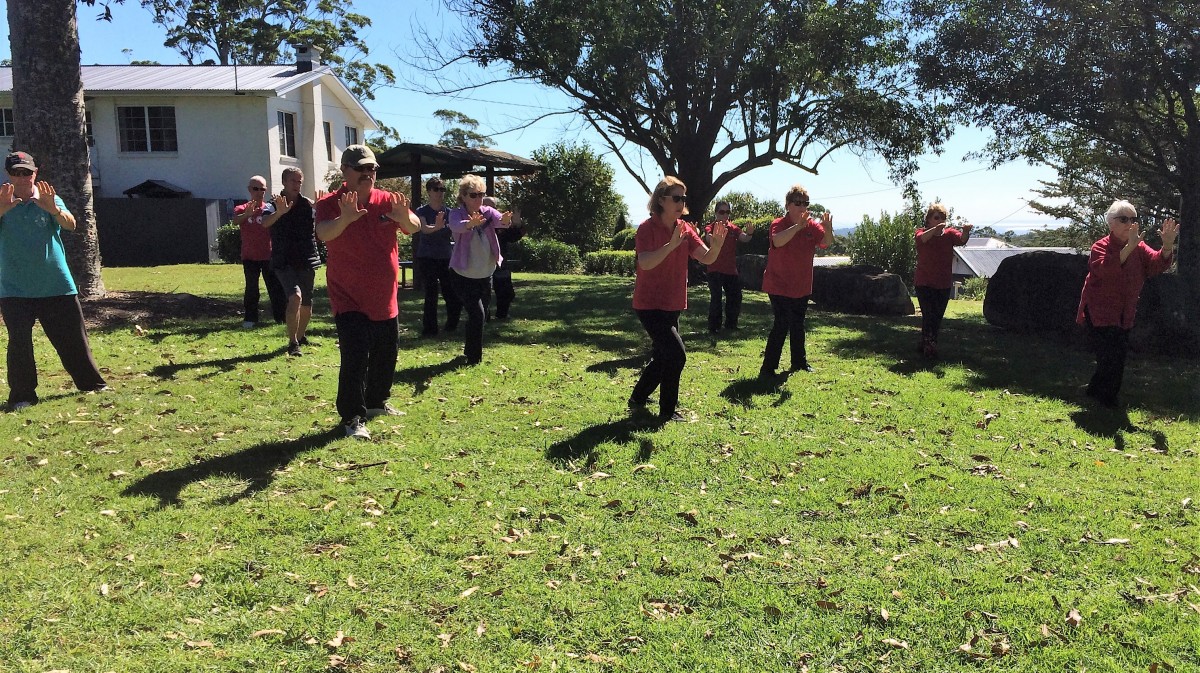 In the sunshine at Mt tambourine

Representatives from 11 different groups got together in Peace Park North Adelaide to celebrate World Tai Chi Day. Thank you to everyone who attended and shared their skills.

It was also great to learn that there were groups in country South Australia who also met up to celebrate the occasion. 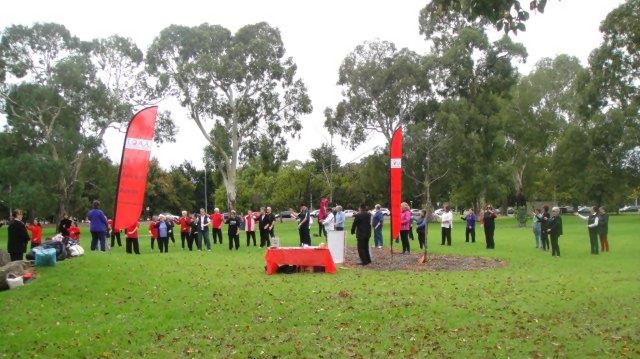 Go to the WTCQD 2017 Photo Gallery for more photos

Send us your photos to be included in the gallery at: service@taichiaustralia.com