2018 World Taichi & Qigong Day (WTCQD) Saturday 28 April started with rain! Scheduled for Victoria Park, we took refuge within the Sydney University grounds, and it turned out to be quite nice and cosy as we were in a little amphitheatre. PDF poster. Go to the Photo Gallery for more photos 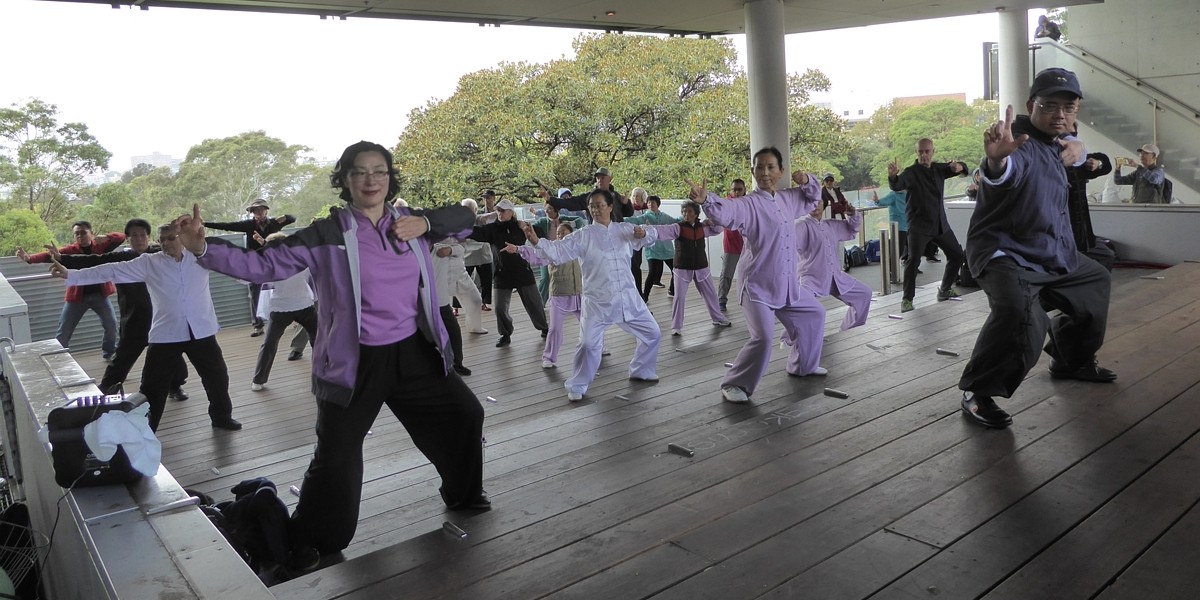 We started off with the "everybody together" Qigong and TaiChi forms:

This was followed at 11:15 by some beautiful demonstrations:

In spite of the rain, the spirit and passion for Tai Chi/Qigong was not dampened on the day. Altogether we witnessed 15 demonstrations by very highly dedicated groups and individuals showcasing a range of barehand forms, namely, Yang, Chen, Sun, Wu, Wudang and Tai Yi. Apparatuses or weapons forms displayed by highly skilled martial artists included the straight swords forms (51 and 32), fan and tai chi ball.

We finished off the event with a group photo and adjourned to lunch. 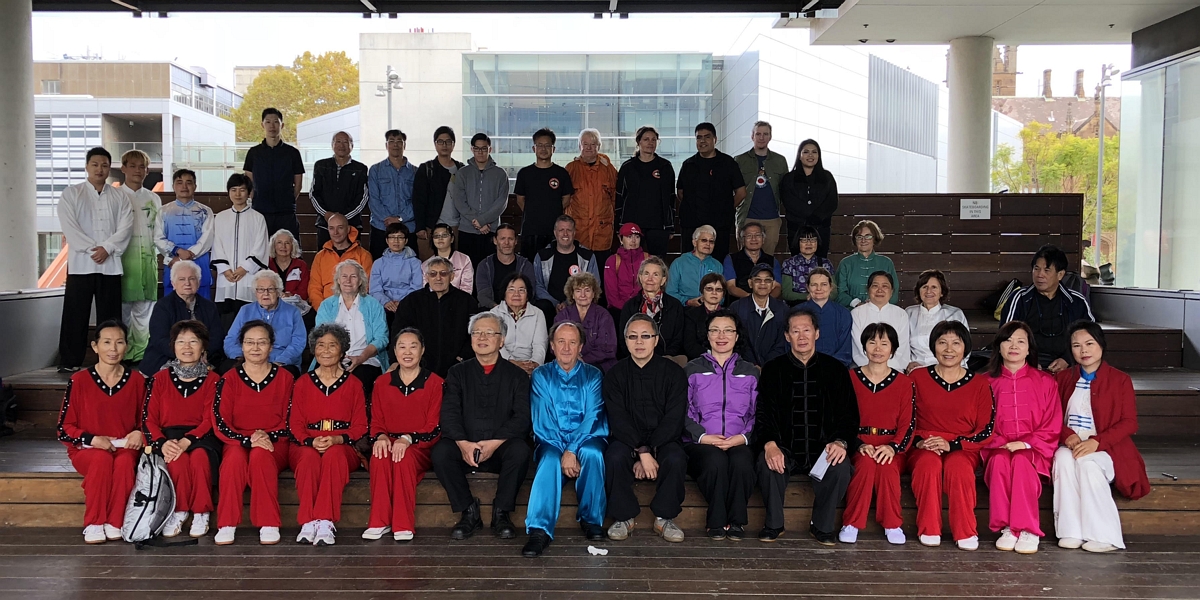 The day was a resounding success as complimented by many participants. It is a once-a-year opportunity for enthusiasts travelling from all over Sydney to meet, join and practise together for friendship, health, mental and physical fitness.

Go to the WTCQD 2018 Photo Gallery for more photos

Send us your photos to be included in the gallery at: service@taichiaustralia.com

The session will be led by experienced Qigong teacher

Venue: Gutteridge Gardens (or at Senior Citizens Centre if it is raining)