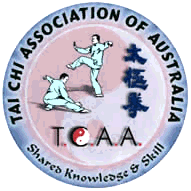 Many people are not aware that Wushu (including Tai Chi) is an international competition sport. There are Wushu Tournaments, Competitions and Championships held throughout the world every year, including in Australia.

It was another successful and enjoyable Tai Chi championship, thanks to the many helpers, officials, enthusiatic participants and spectators.

Events held were Bare Hands TaoLu, Apparatus TaoLu and Push Hands. The purpose of the Competition is to promote the spread and enjoyment of Tai Chi. It is aimed at bringing many Tai Chi practitioners and learners together to support each other in friendly competition and to learn from each other. This we achieved, judging by the many positive comments from competitors, officials and spectators alike.

There were altogether 70 individual participants, of which 30 were women. The youngest participant was 17 years old and the oldest were over 60. 25 participants took part in the Push Hands. We aim for another successful event on 1st June 2019, at the same place! 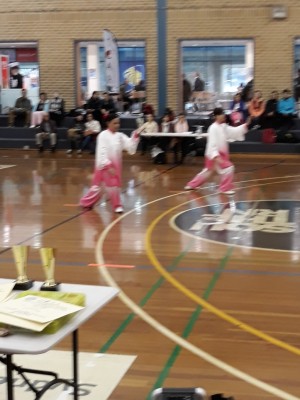 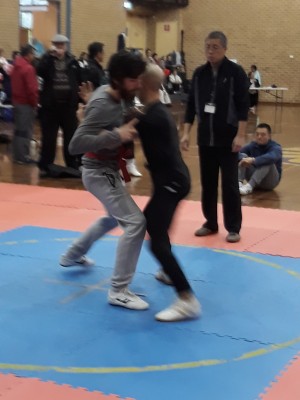 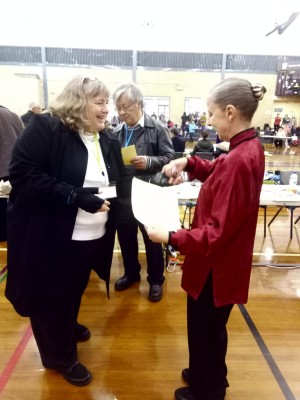 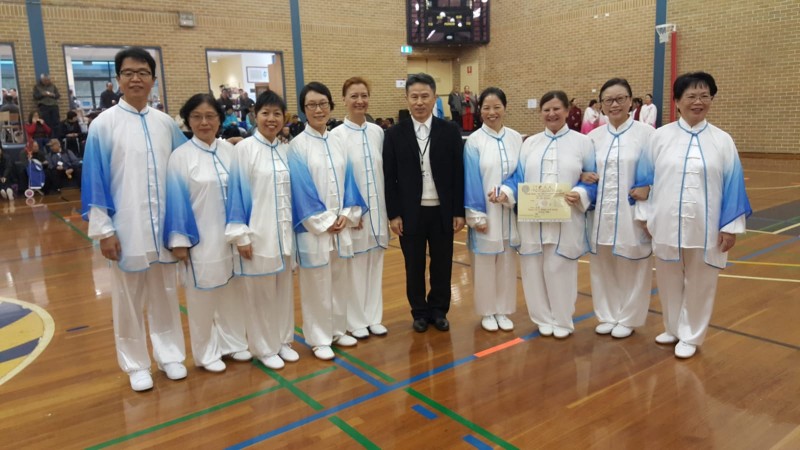 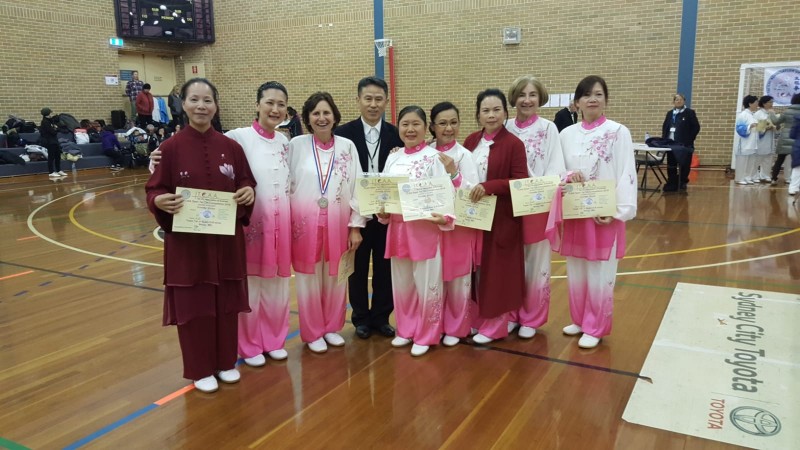 On 3th June 2017, the TCAA hosted a happy and successful Open Tai Chi Championship at the Sydney University Sport and Aquatic Centre. The Championship was very well sunscribed with a requirement for two arenas. It was well supported by a host of very helpful and professional officials.

On 4th June 2016, the TCAA hosted a happy and successful Open Tai Chi Championship at the Sydney University Sport and Aquatic Centre. We had 37 individuals with 80 performances. There were forms competition (TaoLu) as well as Push-Hands. Read the Results of Competition

Three highly skilled athletes qualified to represent Australia, but regrettably the participation in Warsaw had to be withdrawn as there was no official available to lead the team to the venue. 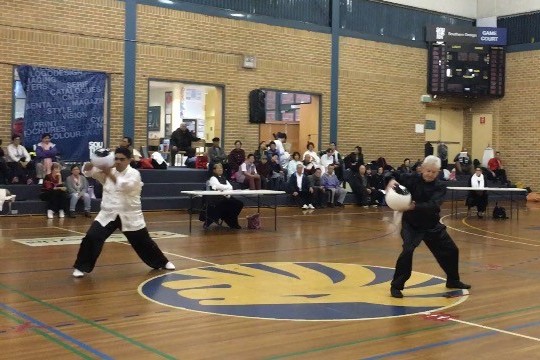 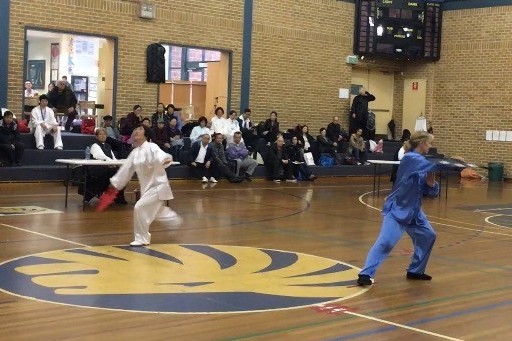 Photos of the Tai Chi Ball and Sword events. 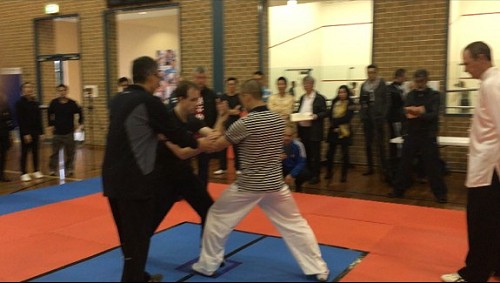 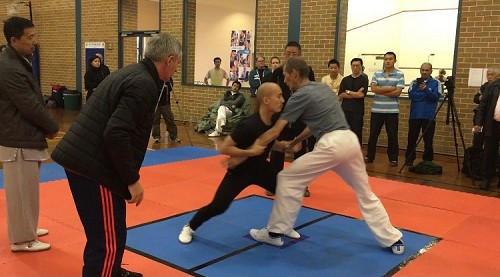 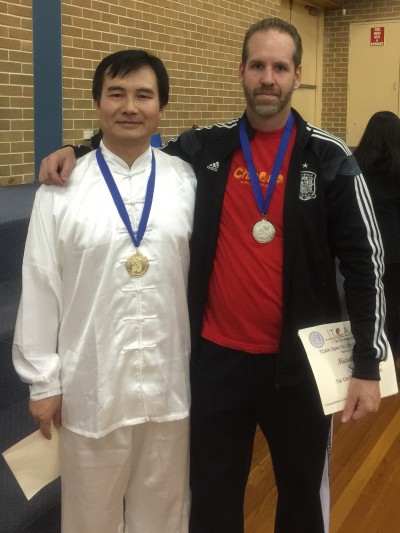 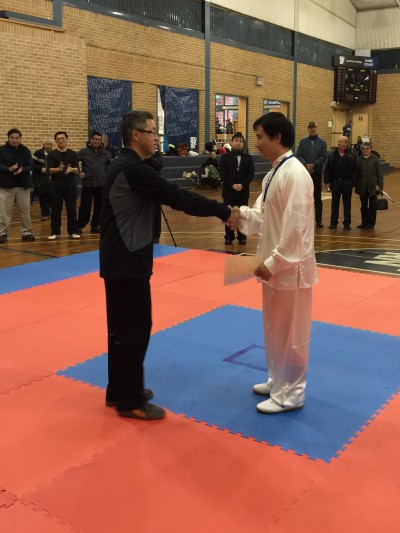 Photo from the 2015 Tai Chi Competition at Sydney University on Saturday 7th June, 2015

The June 8th 2012 TCAA Open Tai Chi Competition went very well, and it was very pleasing to see the standard of performance going ever higher. This year's competition had the support to the Confucius Institute of the University of Sydney, and it garnered a strong participation from the Chinese speaking community of Sydney. 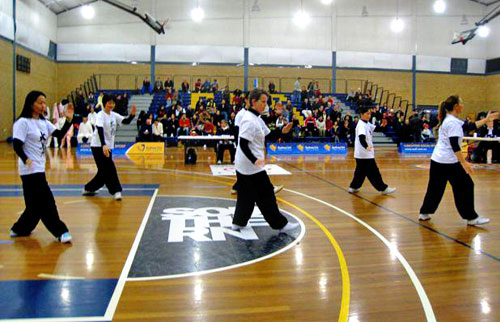 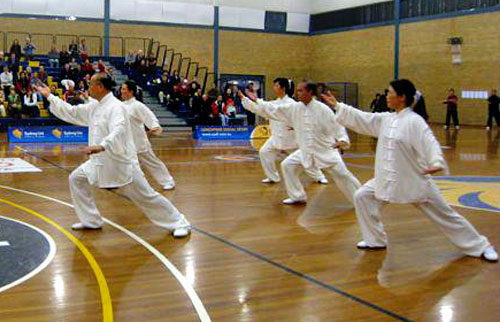 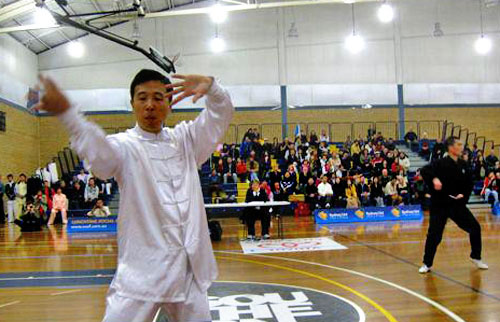 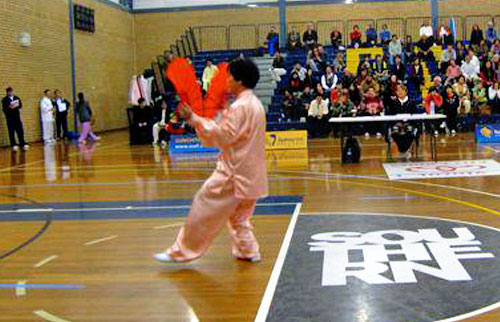 Photos from the 2012 competition.